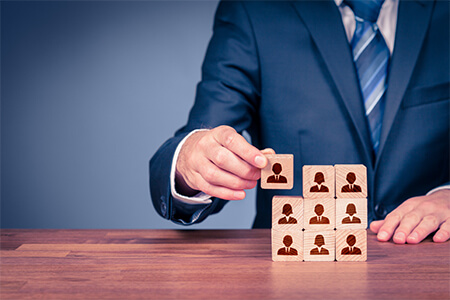 What Is the Meaning of Diversity in Asia? 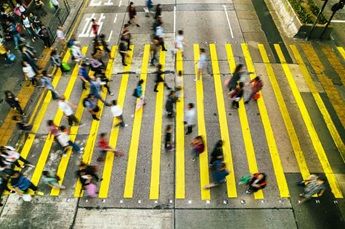 Awareness of diversity started to develop within the Asia-Pacific region in the early 2000s, but in the present day, understanding and application of diversity and inclusion in Asia still varies widely across the region.

Companies in the Asia-Pacific region are increasingly aware of the importance of having diverse and inclusive workplaces. In contrast to the Western World, however, inclusion and harmony were the initial focus in Asia, while Western companies started down this road with an emphasis on making their workforces more diverse.

Even the meaning of the terminology can be a topic of debate. In some countries within Asia, diversity and inclusion as an expression and practice remains in the shadows, while in others, it is addressed under different names and translations. For example, Singapore-based companies use the phrase "fair employment practices," while the mention of "diversity and inclusion" in Japan or India suggests gender-focused ideas.

At the same time, most companies in the Asia region have historically focused on inclusion and harmony in the workplace, instead of highlighting differences and celebrating the uniqueness of the individual—which are elements of a heavier focus on diversity. Asia companies seem to place a higher value on achieving balance between the different elements within the workforce.

Today, more diversity initiatives are being adopted by businesses in Asia, and the majority focus on gender. The most popular of these are flexible working arrangements, mentoring and family-friendly policies. A lesser number of companies, although still significant, address diversity of national culture or race/ethnicity. These categories are often merged together as race in Asia is often defined via national culture, with Chinese, Indian and Japanese seen as descriptions of race. Ethnicity describes people linked to the same national culture—linked together by their beliefs, values and history. There can be diverse ethnic groups within a culture, including some that are legislatively defined, such as in China with the Uygur. (Editor's Note: The Uygur are a Turkic ethnic group, mostly Muslims, living in the western region of China known as the Xinjiang Uygur Autonomous Region.)

A number of studies have shown that a proportion of diversity initiatives adopted within mature markets such as the U.S. and Europe have been brought about by legislation. Yet in Asia Pacific, there is a distinct lack of legislation focused on diversity and inclusion (with the exception of Australia). The catalyst for diversity within businesses is being led by business needs.

In spite of efforts of companies in Japan and India to support professional development for women, the average representation of women at middle and senior levels in these markets are the lowest in the region.

On the other hand, companies in Malaysia offer the shortest maternity leave and the least support to women in the form of women’s networks, on-ramping support and professional development. Yet Malaysia performs well on all data points.

Companies in Asia Pacific that have implemented and continue to develop a diversity and inclusion strategy have designed these strategies in line with business cases that link diversity to the business mission and goal. These companies have linked their business strategy to human capital planning and have insight to how diversity supports their workforce requirements. Some view their adopted diversity strategy as a means to better servicing their diverse customers' needs.

Diversity and inclusion efforts are becoming more prevalent within Asia partly due to demographic influences, which impact the amount of human capital available for companies and the customers they serve. Women are increasingly entering the workforce, and the population is aging. These two trends are driving an expectation for more flexible work schedules.

Another key force for diversity to be implemented within some countries in Asia is the continued economic growth across the region, which has depleted traditional talent pools, forcing companies to look at those they previously ignored.

The following are some notable achievements in the Asia Pacific region that show recent progress in broad diversity and inclusion efforts.

As you can see by the achievements highlighted above, while the approach to diversity and inclusion may be different in Asia than it is in Western countries, that doesn't necessarily mean that Asia is behind. It just means that companies in this region have traditionally focused on different aspects and used different terminology in this realm of talent management. While there are encouraging signs, it is important to keep in mind that there is still a lot of work to be done.

While diversity and inclusion may be approached differently in different parts of the world, we can all agree that the benefits of greater progress in these areas will be felt by individuals as well as companies, both in the present time and in the workplace that will be inherited by the next generation.